Like most writers, I spend a lot of time thinking about my voice. I try to be uniquely clever or comical or poignant. I want to stand out from all the others with stories to tell.


But for a few hours every week, I focus on a different kind of voice. I'm a member of the Brooklyn Community Chorus. Tomorrow night is our spring concert. We'll dress in black clothing with a "pop" of color so we won't look too funereal. But the black is what's important. It erases the individual to help turn us into a chorus.

I love singing with a group. It's the only way I can. I never had the kind of voice that effortlessly soars along the notes. Mentally I know what I should do, but for whatever the reason, the shape of my nose or the density of my bones, I'll never sing a solo. At least, not intentionally. There's always a chance that I'll make a mistake and come in a beat before the rest of the altos. Or hang on to a note after everyone else observed the conductor's cut-off. Then the audience would hear MY voice in the wrong spot. This is why we always joke before each performance––DON'T SOLO!

Today's culture is all about soloing. It's hyper-competitive and short-sightedly greedy. Many of the institutions that used to bring us together have been diminished.

And so I would like to sing (ha ha) the praises of blending voices. Of listening to each other––because if you can't hear your neighbor's voice, then you're too loud. Of counterpoint phrases that allow each of the sections to have a turn at the melody. Of harmonies that resolve in a big lush wave of sound. Of music that can uplift not just those who are in the chorus, but those who come to hear a group of all ages and abilities and political beliefs make music.

Without (fingers crossed) a solo from me! 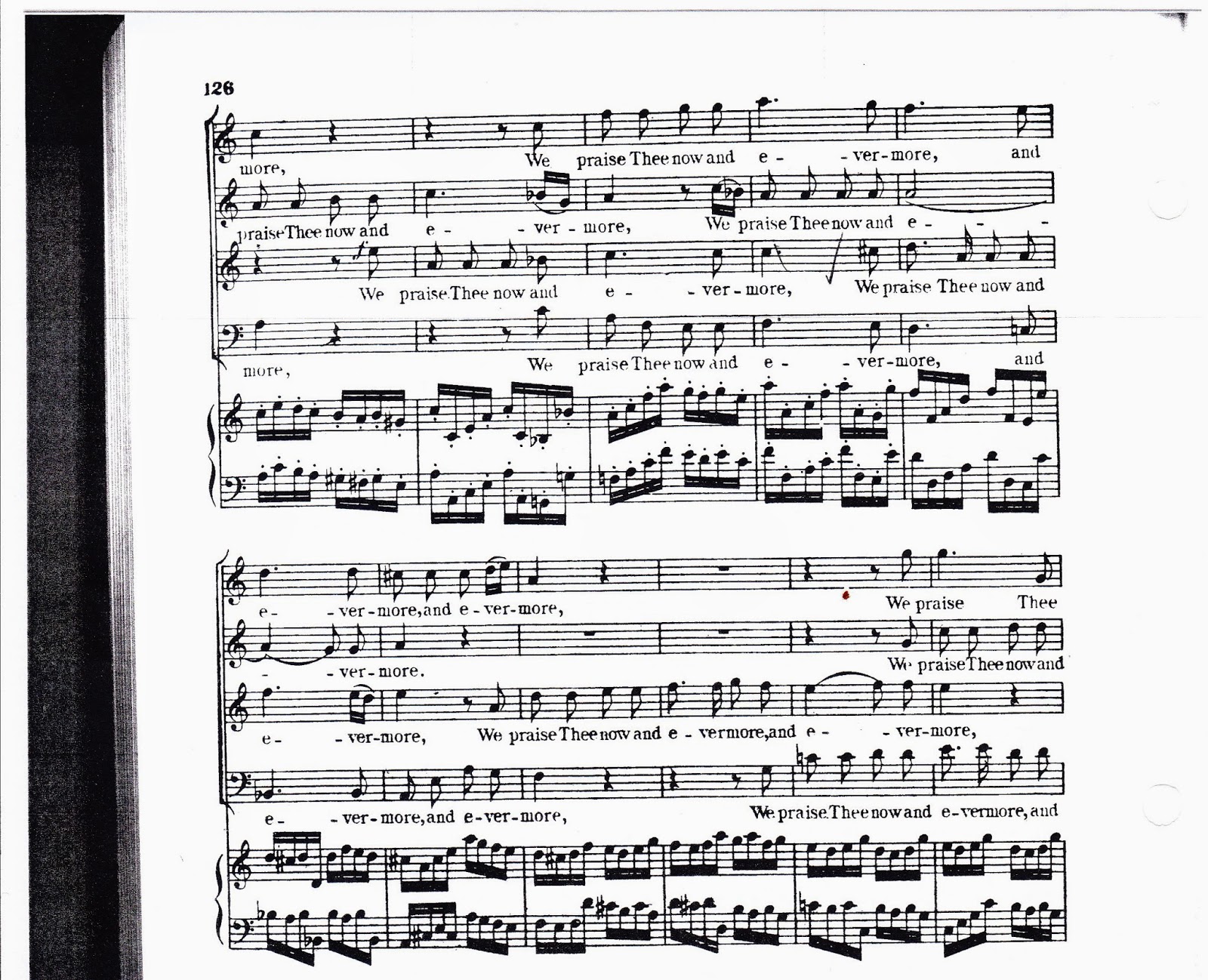