FAREWELL TO THE MEWS

The connection between writers and cats is almost a cliche. I wouldn't be surprised if MFA programs offer courses about sharing your desk with a cat. There is a reason for this. I had been putting words on paper for years, but I didn't become a real writer until after we brought Blackberry into our home. I will always be grateful for what she taught me. 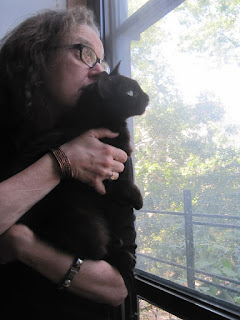 Cats are  interested in everything––except what is shown on a screen. And they never look in the mirror. Blackberry and I spent a lot of time watching the pigeons across the street. 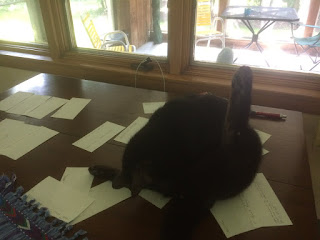 Blackberry had an uncanny sense of which particular piece of paper was the one I needed the most. Here she is taking a bath on it, as if to say, "Clean this part up." 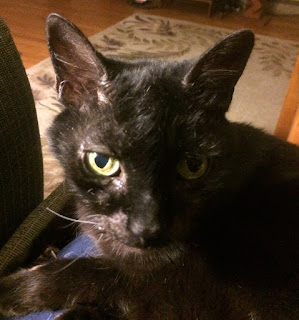 Her stare was so powerful that it was unsettling. 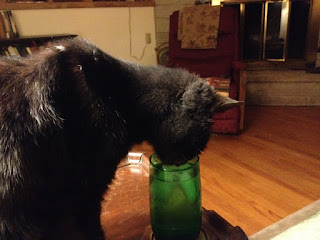 Her appetite was tremendous. Once she got a whiff of something she wanted, she pursued it relentlessly. She obeyed no rules. No shelf was too high. She even opened cupboard doors to get food we tried to hide from her. She took what she wanted, even if it was a sip from my husband's cocktail. 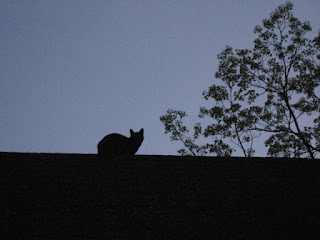 Yes, she is sitting on the peak of a pitched roof. 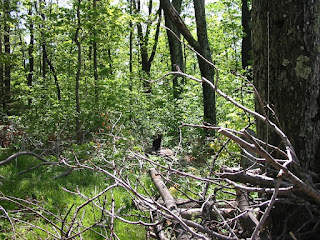 Blackberry never ever forgot that she was a hunter. Even toward the end of her life, whenever dusk lengthened the shadows in the woods, and other animals crept from their hiding places, she wanted to leave my lap and run off to be part of that other world.

Blackberry was my inspiration and my companion for many years. We will be telling stories about her life for many more years to come.